Dr. William Newman has been appointed as Vice Chairman of the American Physical Society’s (APS) Topical Group on the Physics of Climate (TGPC). A professor of earth, planetary, & space sciences, physics & astronomy, and mathematics, Newman will be  promoted to Chair Elect and Chair of the group over the next two years.

With this position, Newman’s primary mission is to broaden the public’s knowledge of climate change and possible responses to it. 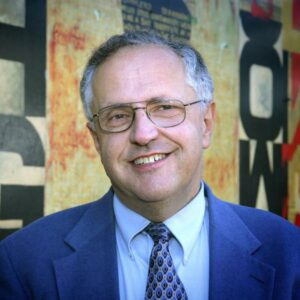 “My major agenda item is to continue doing our research but at the same time take a proactive role in making clear to the broader public that climate change is real and largely of human origin, a conclusion that is firmly accepted by physicists and other scientists who perform research in arenas relevant to climate,” he said.

The American Physical Society is a nonprofit organization working to advance knowledge of physics for the benefit of humanity and serve the broader physics community. TGPC is a group within APS which aims to promote the advancement of knowledge of physics within the climate processes and address societal impact, policy, and legislation. As vice chair of this group, Newman is given the opportunity to make an impact, not only on the group of physicists within TGPC, but also on the advocacy work that can impact society.

Newman is primarily a theoretician who employs and adapts methods from applied and computational mathematics to solve problems relating to the Earth and other planets. Although climate change is not the primary focus of his research, adapting his core research ideas to climate change led him to investigate the statistics of record-breaking temperatures, systematic errors in the inversion of radiative transfer data emerging from the complex morphology of clouds, and more.

On top of that, Newman has created a general education class in the earth, planetary, & space sciences department (EPSS 13), which focuses on natural disasters and the impact of human activity.

As a professor, researcher, and theoretician with an interdisciplinary background, Newman will gather the community of physicists to amplify the voice of science and encourage them to combat the way many physicists have been silenced while advocating a response to climate change.

Newman was nominated for this position by a subcommittee of the APS and will succeed Michael Mann, a researcher who is known for the “hockey stick” diagram which conclusively demonstrated the anthropogenic basis for global warming.

Along with his own research and work within the APS, Newman regularly gives educational outreach lectures on climate change. Other appointments he has held include  the Stanislaw Ulam Distinguished Scholar at Los Alamos National Laboratory, the Morris Belkin Visiting Professor in applied mathematics at the Weizmann Institute, and was named the Yuval Ne’eman Distinguished Lecturer in Geophysics, Atmospheric, and Space Sciences at Tel Aviv University. Newman is a Guggenheim Foundation fellow and also spent nearly a half year performing research in the USSR under an environmental protection agreement between the US and the USSR.

APS is poised to tackle the major issues facing the larger society, and Newman is ready to spearhead that. “We must rise to the challenge of halting climate change and restoring a balance,” he said.