New research shows that VR therapy can be used for the early diagnosis and treatment of memory disorders, ranging from Alzheimer’s to ADHD.

It always feels good to get into a rhythm like dancing to a thumping beat, running with your feet reliably hitting the ground, or feeling the groove while playing an instrument. Turns out, even our brains have rhythms that keep them functioning properly. We need these rhythms for attention, sleep, learning, memory, and figuring out where (and when) we are. When these rhythms are lost, the brain’s ability to learn and remember is impaired – a characteristic of many neurologic disorders.

New research from Professor Mayank Mehta, head of UCLA’s W.M. Keck Center for Neurophysics and a UCLA professor of physics and neurology, discovered along with postdoctoral scholar Karen Safaryan a new way of boosting and re-tuning these vital brain rhythms using virtual reality (VR). By placing rats in VR, the researchers strengthened one important brain rhythm and even introduced another new rhythm. This exciting research, supported by the W.M. Keck Foundation, NIH, and AT&T and published in Nature Neuroscience, paves the way for a possible treatment for Alzheimer’s, depression, epilepsy, schizophrenia, and more. 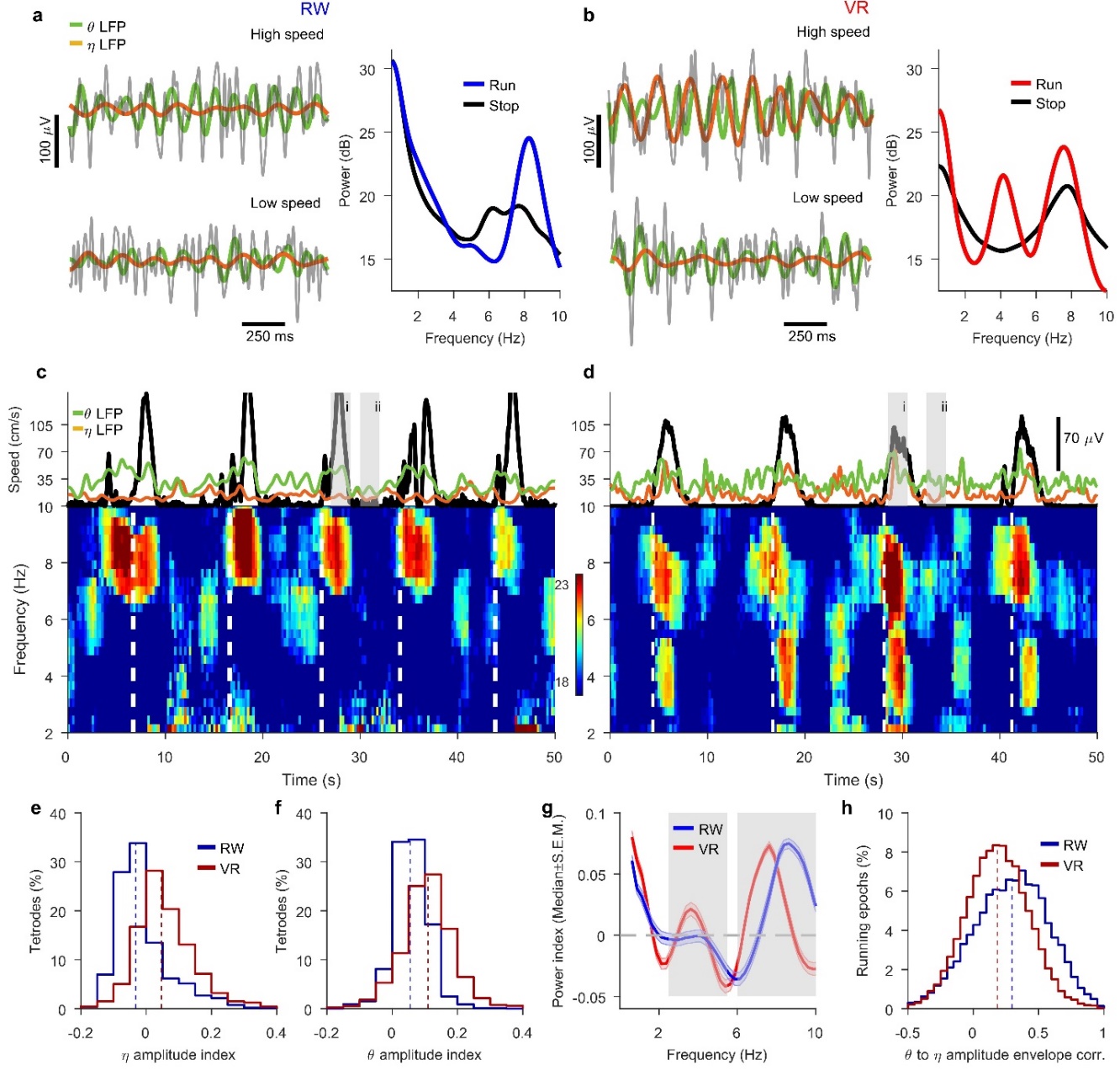 These brain rhythms happen in an area of the brain important for learning and memory, known as the hippocampus. Previous Nobel-winning research has shown that neurons (the cells that make up the circuitry of our brains) in the hippocampus encode information about location, making it the GPS system of the brain. There’s also a very important rhythm to the firing of these neurons, discovered over 70 years ago and known as the theta rhythm. This rhythm gets stronger when our brains are working hard at learning or navigating the space around us. Past work from the Mehta lab also shows that the precise frequency of the theta rhythm is important for a brain’s flexibility and learning ability (also known as neuroplasticity). In theory, tuning this rhythm back to its correct frequency would be a promising target for pharmaceutical treatments, but until now no one has figured out a way to do so.

The Mehta Lab’s brain-boosting virtual reality is unlike what you may think of for commercially available video games—no headsets, and most importantly, no lag to make the subjects dizzy and disoriented. The subjects – rats – are able to walk around on a treadmill where everything they see is controlled by the scientists. In this virtual world, the rats have to navigate to virtual spouts, where they will be given sugar water as a reward. All the while, the scientists are monitoring their brain activity, watching when their neurons fire. In rats, as in humans, tasks like navigating to rewards work the hippocampus, the exact region of the brain that this study is interested in observing.

Interestingly, the VR experience affected the rhythms of the rats’ brains. “The rhythmicity of theta oscillations was boosted by more than 50% in the VR,” Safaryan said.

This is a significant improvement. “No other manipulation, pharmacological or otherwise, has demonstrated such robust boosting of theta rhythm,” Mehta said. He explained that virtual reality is so effective ”because VR reacts to every movement of the subject, which in turn modifies the subject’s brain, and all of this happens very fast, totally unlike a TV.”

Their research also showed that nearly 60% of the hippocampus temporarily shuts down while in VR – something no currently known drug can do. Finding a way to turn off parts of the hippocampus could be an important breakthrough for disorders where the neurons are hyper-excited, such as epilepsy or Alzheimer’s.

Not only does VR boost the theta rhythm, but Mehta’s team found it also induces an entirely new brain rhythm, termed the eta rhythm. Different frequencies of brain rhythms are important for different types of learning, so observing eta is yet another window into how our brains learn. Eta even happens in a different part of the neuron – it’s dominant in the central cell bodies, whereas theta is dominant in the dendrites, the connecting tendrils. “That was really mind-blowing,” Mehta said. “Two different parts of the neuron seem to be keeping a different beat!” This suggests that types of VR could be developed as a therapy to re-tune the brain’s rhythms, an exciting new technology with the potential to help many.

The Mehta Lab also found a possible conductor for the neurons’ beats: GABA-containing inhibitory neurons, which tend to shut down connecting neurons. GABA is an important neurotransmitter already targeted by some pharmaceuticals, such as anti-anxiety medications, so it’s possible that it could be yet another target to help re-tune the brain’s rhythms in combination with VR.

With all this research, the Mehta lab is bringing together two disciplines – physics and biology – to build a new understanding, using physics-style analytic theories and hardware to analyze biological systems. While building our understanding of the brain’s complex functions and creating new technology, Mehta and his team have taken a bold step forward in finding treatments for neurological disorders. They are piloting the idea that just like rats in VR, we too will be able to boost and retune our rhythms and improve our brains by simply roaming around in virtual reality.