Pioneering UCLA mathematics professor Olga Radko died of ovarian cancer on June 29 at the age of 45. She was known for her work in the field of Poisson geometry, in particular her complete classification of two-dimensional Poisson structures, objects now sometimes referred to as ‘Radko surfaces.’ Born in Moscow, Radko received her Ph.D. in mathematics from UC Berkeley in 2002 and soon after joined the UCLA math faculty. 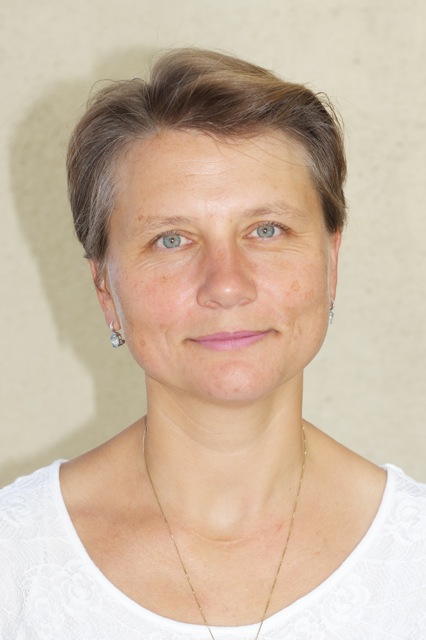 Channeling her passion to inspire students of all ages, Radko founded and directed the Los Angeles Math Circle at UCLA, a free enrichment program for K-12 students that builds a strong foundation in mathematics and challenges students to expand their math horizons while honing their problem-solving skills. Since its founding in 2007, the Math Circle has drawn more 1,500 elementary, middle and high school students from Los Angeles, Orange and Ventura counties to its weekly sessions. More than 170 UCLA students have worked as docents for the program.

The Math Circle follows the traditions of Russian and Eastern European math circles, showcasing the beauty of mathematics and its applications, improving problem-solving skills, preparing students for a variety of contests and competitions, creating a social context for mathematically inclined students, and attracting students to math-related careers. Topics have ranged from playing with ciphers for elementary school students to studying Gaussian integers and solving combinatorics problems on the chessboard for the high school groups.

When asked in 2018 why students should consider pursuing a math degree, Radko said, “A degree in mathematics opens a world of opportunities, from applications to medical imaging and computer-generated animation, to research in pure math. [It’s important to] learn as much as possible about different areas of mathematics before deciding which path to take.”

Thanks to a lead gift commitment from Sierra Chen ’93, the Los Angeles Math Circle was recently renamed the UCLA Olga Radko Endowed Math Circle. Dean of Physical Sciences Miguel García-Garibay has announced that every gift made in Radko’s honor—up to $250,000 and through June 30, 2021—will be matched 1:1.

DEADLINE EXTENDED: The deadline for the Queen’s Road Undergraduate Research Fellowship for $15,000 has been extended to Friday, Nov. 19. If you’re a junior interested in graduate school apply here → https://bit.ly/3o72IVm