The Mautner Lectures at UCLA were established in 1983 to recognize the importance of scientific thought and to provide a forum for the dissemination of scientific discovery to students and the informed public.

Since its inception, the lecture series has featured distinguished scholars in science and technology.  Nobel Laureates, including physicist R.P. Feynman, molecular biologist Paul Berg, and chemist Roald Hoffman are among the renowned scientists who have given lectures for the series.

The objectives of the lectures are to transmit and translate scientific thought and accomplishment to UCLA students as well as the broader Los Angeles community. Traditionally, lecturers are asked to deliver two lectures, one for a public lay audience and the other for UCLA’s scientific community, its faculty and students. Both lectures are open to the public.

The Mautner Series fund seeks to preserve and enhance the value of the lectures by preparing them for publication and, where feasible, subsequent broadcast or for use as teaching materials. saw the need for a superb lecture series that would bring to campus international leaders in science to discuss their research and its societal impact.” The first Mautner Lecturer was their close friend, Richard Feynman, one of the leading communicators of science.  Feynman’s lectures are ones to which UCLA aspires with every lecture series.”

The Mautner Memorial Lectures are held every two years, alternating between the Divisions of Physical and Life Sciences.

Leonard was born in New York City and moved to Long Island, until he received a scholarship to M.I.T., where he graduated with a degree in electronics. Later, worked in M.I.T.’s radiation lab on war priority projects, then joined the IFF group at the Naval Research Lab in Washington D.C.. Then Leonard moved to LA to start his own company, and became an advisor and lecturer at UCLA’s MBA program, where he started the Mautner Lectures at UCLA in 1983. In the following year he met Marguerite, his wife. After battling cancer for 17 years, Leonard passed away in 2006.

Marguerite was born in Augsburg, Germany, she came to the US in 1936 when family fled Nazi Germany.

She grew up in Illinois, went to  Northwestern University’s School of Speech and Journalism as a tennis pro, and began her professional career in radio and television in Chicago. She met Leonard Mautner in 1984 and they traveled and shared their generosity together until his passing in 2006. She became a dedicated sponsor to her husband’s Mautner Lecture Series which began the year before they met. Marguerite passed away in April of 2019, at the age of 96.

Public Lecture: My Journey to Stockholm

Research Lecture: Engines Through the Ages Public Lecture: How Stress Kills: The Damage and Some Remedies 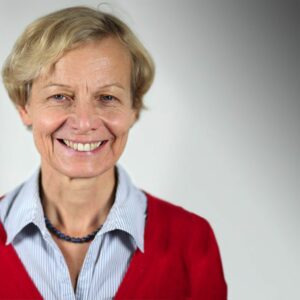 Who: Barbara Romanowicz, Professor of Geophysics and Director of Seismological Laboratory at UC Berkeley Public Lecture: We Are What We Remember: Memory and the Biological Basis of Individuality

Research Lecture: Molecular Mechanisms for the Persistence of Memory Storage

Public Lecture: The Connect Between Mathematics and Physics Public Lecture: Beyond the Human Genome

Research Lecture: Beyond the Human Genome